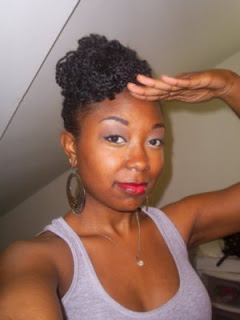 Ok, so I haven't been updating like I normally do. Internet situation is on the fritz again but don't worry, I'm working to solve the problem for good this time so I appreciate your patience with me.

Now that the disclaimer is out there, let's get to talking about hair!

So about 3 weeks ago, ya girl kinky twisted her own hair for the very first time!

While they aren’t perfect, I think I did pretty good for my 1st time. They don’t look triflin or anything like that. I’m just a perfectionist and feel that practice makes perfect. I’ll get better as I keep doing them.

They took me about 9 hours to complete. Woo! My arms were soooo tired when I finished them. I did them over a 2 day period. I did 6 hours one evening and the following morning, I attacked the middle which took the last 3 hours. It took me a while but it’s worth it not to have to do anything to your hair for a few weeks outside of misting on some moisturizer. 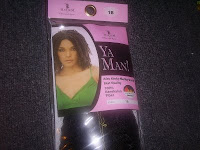 They were just what the doctor ordered. I was getting bored. My hair’s still not long enough to produce many styles and I was “pheenin” for the ability to bust out some up do’s. So I twisted up and have been bangin out up do’s since, like the one featured that I created.

I plan to keep this set in for only a couple more weeks, then I’ll take a 1-2 week break, throw in a henna gloss and put them back in. I have a better grip of what I’m doing now so they should come out better next time around and I’ll leave them in longer.
Hairstyles: Kinky Twists Hairstyles: Up Do's My hair

Cammie said…
TOTALLY feeling you on your hair being short. I'm going through the same thing! I am about to put some twists in this weekend. I've put in several sets of my own kinky twists since January and you do get better the more times you do them.. check out my blog as well...

Milan said…
Gia: I'm glad I'm not alone on this! Luv my twa but sometimes I want to do more hairstyles than it allows.

Makeup Theory: @ one point I didn't think I could do anymore! LOL. It's time to take them out and I'm holding my breath thinking about what I will go thru re-twisting them again! LOL.
Tuesday, June 16, 2009 5:49:00 PM