Tiny & Toya: Are We Feelin It?

on July 16, 2009
I'm on the fence about this show. I watch it mainly out of intrigue. If Royal Pains came on Tuesday night @ 10 instead, I probably wouldn't watch this.

As of right now, I don't find it that entertaining. It doesn't need drama to be entertaining, well maybe a LIL, but it just doesn't have that, that UMPH. I don't know. It's missing something.

BET hypes the show up as these are empowered women, yadda yadda.... Ehh.. I'll have to watch more episodes before I come to that conclusion... I mean, we all know the reason many are watching the show and I guess for them the depth doesn't matter. I know, it's T.I.'s boo who was also a member of (one of my fav girl groups) Exscape and Lil Wayne's ex wife after all.

Ok, well there is some depth: Tiny's father has Alzheimer's and it's tough on her and her family. And Toya's mother is a drug addict. Ok, ok. There's some but the show is still one level away from being boring still. If you're going to tell a story, tell a story!

That's my opinion for now. There's room for it to change though. What do you think? More BET garbage or something decent?
Entertainment 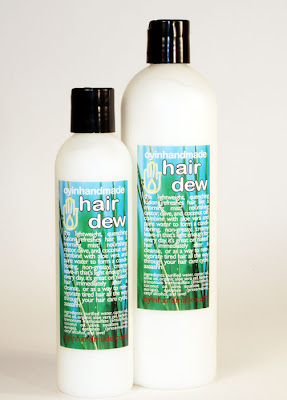 I Want to Try This: Oyin Handmade Hair Dew

{Image from OyinHandmade.com } I want to try this Oyin Handmade Hair Dew. A new add to their product offerings and IT'S GLYCERIN FREE! You all already know, any glycerin free hair moisturizers I am always down for. Since I don't frequent the site very often, I learned of it from my girl Alex's blog: TheGoodHairBlog.com She gave a review on it and it peaked my interest enough for me to head over to the website an get the scoop. I'm telling myself that once I've used up the Darcy's Botanicals Peach Kernel Hydrating Milk, I'm trying this one next but there's a real good chance I'll get it before then. Lol. Just keepin it real. Have any of you used it? Oyin Handmade Hair Dew Website: http://www.oyinhandmade.com/ Price: 8oz $12   16oz $19