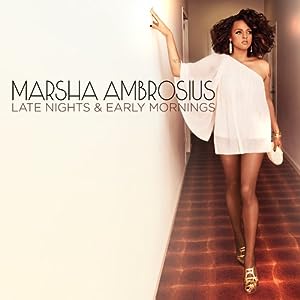 Who's excited for Marsha Ambrosius' album to drop? Me! Me! Me! She was one half of one of my favorite R&B/neo-soul duos, Floetry. The album was supposed to be released October 26th but now it's slated for February 22nd release. I'm already diggin Hope She Cheats On You (With a Basketball Player). Listen to it below if you haven't heard it already.

Funny, right? But it's also has a nice sound and her voice is the icing on it. Hey, we've all felt something similar to what this song is conveying, even if it was only for a fleeting moment or, err, a few months, about one (or possibly more/all) of our exes. Pre-order yours now on Amazon.com for $8.70. I did. :D