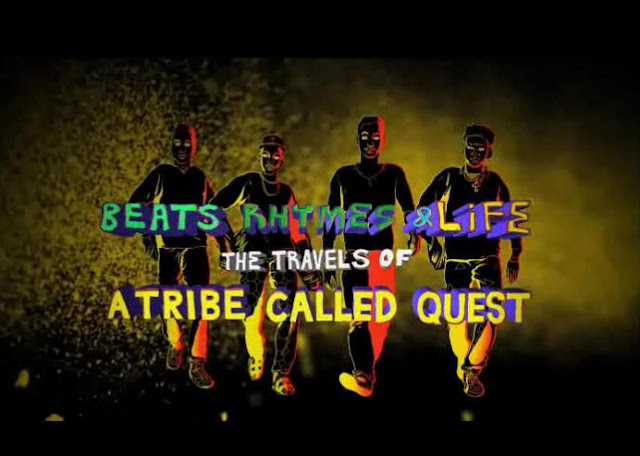 I'm not a movie critic so by no means is this review going to be super analytical or disecting the cinematic content and components. This is just my, Milan's, point of view on this documentary and what I took away from it.

I really liked it. Me and my girl, Yaa, went to go see it the weekend after it came to NY and we both really enjoyed it. The theater was PACKED with people of all races and colors. I've always liked A Tribe Called Quest because they just seemed so unique to me and they had great sound. I also liked that their messages weren't just "conscious" but that they also spread a lot of positivity and inspiration of bettering one's self.  Of course they had their fun songs like one of my favorites, Benita Applebum, but even that song was dope because it's Q-Tip is trying to holla at this girl (w/ an "apple bum" aka a big butt. Lol) but he's so charasmatic and respectful about it in the song. He starts the song with "Hey Benita, nice to meet you." Ya know? Not some "Hey b*t@h your azz is phat, lemme hit that" ya feel me?

Of course, the documentary gave background and history on the group members and rise and fall of them. I like the members even more now after learning more about them. Q-Tip produced all the music for the group so in one part, he actually gave the backstory on how he produced Benita Applebum and let you into his creative process. I swear I just love seeing people passionate about their craft, whatever it may be. As an artist myself, I enjoy getting a glimpse into other artist's creative process and what fuels it. After watching this I was able to get an idea if there'll be a reunion in the future. I'm not going to give it away, you've got to see the movie for yourself.

I give this movie two thumbs up. It was inspiring and gave me another push I needed to really get serious about pursuing my dream careers that all involve art and inspiring people. All throughout the movie, I'm like I gotta do this! I have talents that God has given me and some of them I've got to share with the world too.

Check out the website HERE to see when it's coming to a theater near you. If you're already a fan, I think you'll like it and if you've never heard of ATCQ, you just might become a new one. :D
Art Out n About Town