Music That Can Mac: Telepopmusik 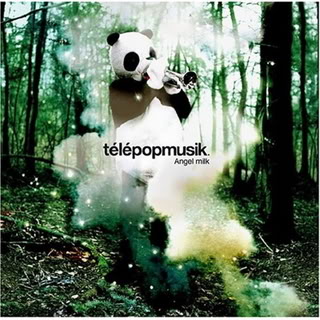 Happy Friday lovelies! Telepopmusik has been in heavy rotation on my iPod. I call this group of awesome French producers, the dream team. They produce this futuristic and serene chill out music that is just magical. They have a host of guest vocal artists that are featured on their work including (but not limited to) Angela McCluskey, French rapper, Mau; Deborah Anderson and a few others. I absolutely adore Angela McCluskey's voice, she's an AMAZING vocalist. You really hear how awesome her voice is in Love's Almighty on the Angel Milk album. Some of my other favorite songs are Don't Look Back and the very popular, Just Breathe from their first album, Genetic World.
Music