Cutting the Cord, The Cable Cord, That Is 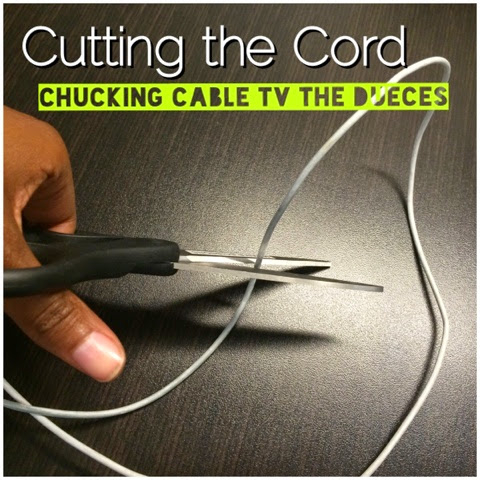 A couple weeks ago, I shared a status on my Facebook that I was contemplating axing my cable because I barely watch tv and I'm over all the reality tv ratcheness and brawls, wack programming and negative energy it's spewing. There's a whole world out here besides being a basketball wife, Rolex watches and butt length Brazilian remi hair.

After sharing this thought, many chimed in that they haven't had cable in years, didn't miss it and encouraged me to make the cut. Some of my friends don't even own televisions in their homes anymore. They are still current and know what's going on in the world and current events (the internet and the basic tv channels). While I have heard of people no longer subscribing to cable, I was shocked at the amount of people even within my circle that no longer had it and had no thoughts of returning to it. In my case, almost all of the people who chimed in were of my generation and I found that interesting but am not surprised. It's no secret that television programming isn't what it used to be. It is laden with reality show after reality show,  they are not even "real" reality anymore and all they want to do is stunt and fight. *sigh* Besides that, the cost of cable has gotten out of hand and providers want you to spend gobs of money on packages that you only watch the same 10 channels (if that!) of the 900 you're paying for.

I watch most of my quality entertainment on Youtube now where web series and independent production companies are exploding with great content and engaging story lines. Shows like Awkward Black Girl, The Unwritten Rule (by Inkspot Entertainment) and anything that Black & Sexy TV produces are amazing. If you follow the Instagram page, you saw that I recently found a new show called An African City that has the Sex in the City vibe set in Accra, Ghana. The acting is ok but I mainly watch for the vibrant fashion inspiration and the hairstyles. Almost all the characters rock natural hair and do so many cute things with it and the fashion is stellar, I want practically everything, character, Nana Yaa wears. I so want this outfit she rocked towards the end of one of the episodes (pictured below). Ankara print bralette top and palazzo (looking) pants with pockets! I want! 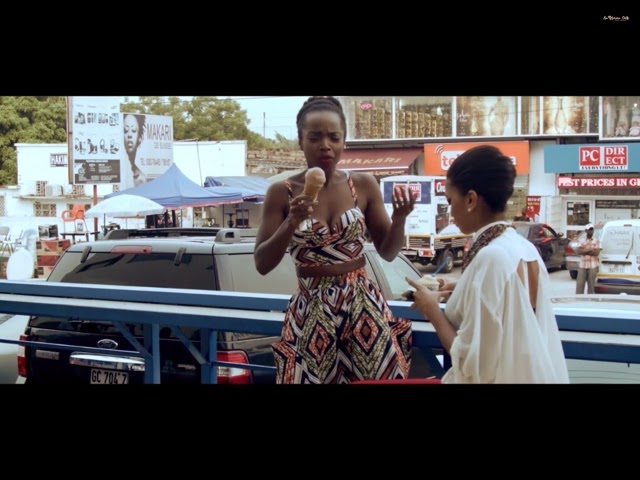 Outside of web series, companies like Netflix and Hulu are seeing an uptick in business and are snagging a lot of lost cable viewers' dollars now. Many of my anti-cable friends and family said they subscribe to both services. Netflix is fast becoming more than a movie rental service with their own exclusive, plot twisting shows like Orange is the New Black and House of Cards. With this shift to them, I'm sure they have already caught on, and it's only a matter of time before their packages get fancier and their prices go up to capitalize on it all. *sigh* Oh America, lol. Well, at this point, it is still a viable and more reasonably priced option that many I know endorsed.

After hashing it out, I decided to downgrade to the most basic of basic cable (for $15/month) which has about 20 channels. Will I one day go totally no cable what so ever? Maybe. Will I ever return to 'real' cable? I'm not sure but I know for right now that I don't value it enough. The crazy part is I had a promotion for the cable (900+ channels that I watched the same 5 channels when I had time to watch tv) and internet for just under $90 at $88 a month for one year. This month, since the promo ended, the bill swelled up to $150. What's crazy is opting for the basic of basic cable and keeping my internet only saved me $5 from the promotional price I was paying before. My new bill will be about $83. But money is money, that's a $60 annual savings that can be donated, put in savings or put towards eliminating my consumer debt. And it will be lower than what I was paying previously. I'm thankful for the money saved, be it small, and am charging that money saved to multiply like wildfire. I'm at a place now where I'm no longer investing money in services that I no longer deem valuable. As I continue to grow and mature, I'm learning the importance of only subscribing to things that I will use and that add something positive to the quality of my life. I don't mind tv but there's no point in paying for channels that I do not watch or do not want to watch anymore. I will miss Lifetime and OWN network though!

Do you still have cable?Any of you considering making the cut altogether or drastically downgrading your service?

Unknown said…
I haven't had cable since January, and my roommate actually moved the tv into her room in March, I haven't missed a beat. I watch more Netflix anyhow.

I was just talking about African City the other day, the continuity is poor (there aren't enough eligible men in Ghana for each of them to have a new boyfriend every week) but the fashion!!! Funny, I was trying to find a still of this exact outfit the other day to no avail. Thank!

Anonymous said…
I am contemplating cutting cable as well, but my husband is NOT feeling that! I barely get a chance to watch TV because I'm so busy with work, my daughter, home projects and side hustles that I simply don't have time to watch TV like I used to. All I have to say is GOOD FOR YOU. No TV means more time to be productive!
Friday, May 09, 2014 4:06:00 PM