April 2015 Editor's Note: The Definition of Being Bossy 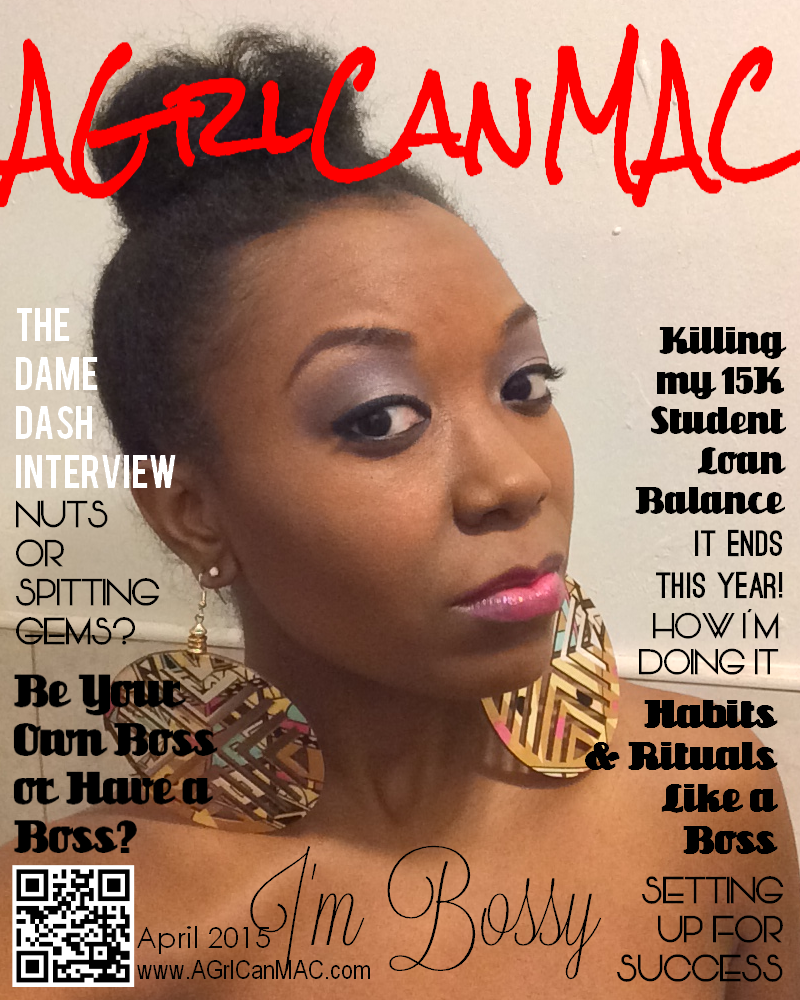 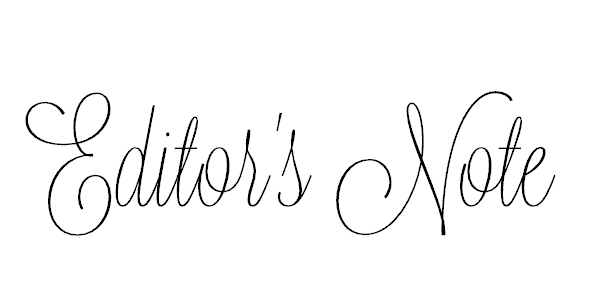 Wow, April already! The year is moving right along at a nice clip, let go of the seat belt! So ya grl has been a busy bee, pouring lots of great intentional energy and work into this space. I've made some changes on the site and over the past two months you'll notice that at least one new post is consistently going up at the start of each week. I love where things are headed. In my last editor's note, I talked of some great things I had in store and the picture above is one of them. You like? Let me explain what's going on. The start of each month, an editor's note will go up from me and include a magazine cover of sorts highlighting 4 pieces that will definitely go up on the blog that month. So for each month, at least one new post will always go up the start of each week and the "magazine cover" will give you an idea of what's coming for the weeks ahead in that month. Right now, the cover grl is almost always going to be ya grl but in the future, I'd love to start making some of YOU the cover grls! Sometimes I will give the months themes and other times, I may not.

This month's theme is I'm Bossy, being bossy; being a boss [chick]. The first thought that comes to me when thinking about being bossy/a boss is Kelis singing the chorus, "I'm Bossy!". The thoughts behind what being bossy is are highly individual. I define a woman being bossy or being a boss chick as someone who is a visionary, driven and active. She's got things to see and do and she's going to "git er done." She doesn't sit on the sidelines watching and waiting to be called to the table. She walks up to the table; has a seat and introduces herself.

From the time we are little, we are consciously and subconsciously socialized to be modest and sit on the sidelines; don't be so rowdy. Being wild with passion, reckless abandon and imagination is for boys. While they are pretending to be firemen putting out blazing fires and supernatural superheros pulverizing the bad guys, girls are encouraged to play with dolls and "sit still". Now there is no shade to playing dolls because me and my sisters played some dolls HARD CORE growing up (shout out to Shaunie dolls!) but we also rode bikes, rollerbladed and climbed trees [with the boys] too. And I think that's the experience our young girls and our adult selves need to have more of. You can totally be a lady who lunches AND likes to fly airplanes and skateboard. That's a boss chick to me; she's out here living and going on adventures, not waiting.

And the goal isn't for boss chicks to be better than men or vice versa. We can all shine at no one else's expense. It's about standing in your light and not snuffing out or letting anyone else snuff out the fire inside of you. I'm a boss about writing, holistic lifestyle and beauty and spreading positivity. These things prevent me from sitting still. Maybe some of you are bosses for your families and children, involvement in politics and realizing social change, the environment and our eco-system or hosting free art workshops for kids in under served communities. However being bossy looks to you, walk in it. Let's stop waiting and like Nike used to say, just do it! Sit at that table and introduce yourself, grl. You'z a bawse!

What's your definition of being bossy or a boss chick?


Milan is a New York City based, creative writer and the founder of AGrlCanMAC. She's a self proclaimed accessories junkie who's passionate about healthy living, adventure, books, crystals, the Law of Attraction and arts & crafts. AGrlCanMAC is a resource for women of color all over the world who want to look good, radiate good and feel good at the same damn time.

Unknown said…
I am absolutely loving this! A Boss Chick is someone who goes after what she wants first and asks for opinions later (if at all). She is determined and self motivated and thinks not "i can't do this" but "how can i do this?". And in the spirit of introducing myself...
Hi, I'm Filomena Mairosse, a Mozambican [aspiring] architect with a passion for business and blogging. I currently run, write for and curate The Afrospective Architecture Project, SunshineMena and The VGC Aesthetic, using my many passions to explore the world of blogging, marketing, multimedia and business.
You can find me at:
https://afrospectivearchitecture.wordpress.com/
https://sunshinemena.wordpress.com/
https://thevgcaesthetic.wordpress.com/

Milan said…
Hi Filomena! Thanks so much chiming in the discussion. I love your definition of a boss chick and you totally sound like you embody that. I am going to check out your websites, sounds like you are involved in some great things.
Thursday, April 02, 2015 2:23:00 PM

goalsandbudgets said…
I love it!! I can't wait for the upcoming posts.

A boss is someone who goes after what she wants. She makes plans, sticks to them and does not give up if they fail. She is determined and does not accept that something is "impossible".

I feel this way about my goals: repaying my student loan debt by February 2016, owning a tiny home (not a small home, a TINY home), and being financially independent.